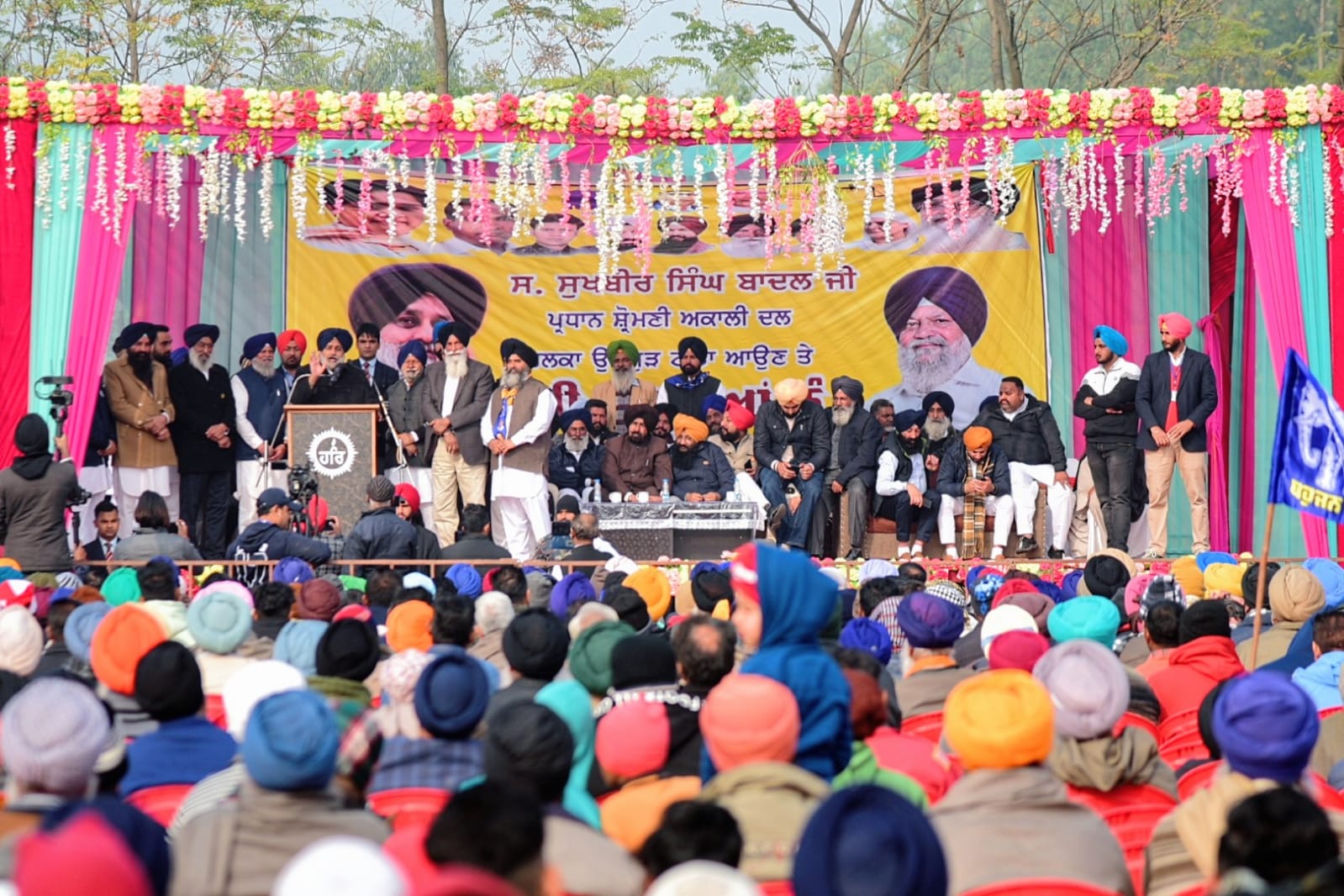 Tanda, December 17 (News Hunt)- Shiromani Akali Dal (SAD) President Sukhbir Singh Badal today said the Congress government had made repeated changes in the heads of the Bureau of Investigation (BOI) and had now even changed the Acting DGP to coerce the new incumbents to implicate top SAD leaders in false cases.

Talking to newsmen here after addressing a massive gathering in favour of the BSP-Akali Dal joint candidate Lakhwinder Singh lakhi in Tanda, the SAD President said “a lie is a lie; this is why top police officers are refusing to toe the Congress government’s directions to register false cases against top Akali workers. The government affected two changes in the top leadership of the BOI by first changing ADGP Arpit Shukla and then ADGP Varinder Kumar. Now the third incharge of BOI – ADGP S K Asthana has exposed the government by writing to the DGP and seeking directions as to how he can register any illegal case at the directions of the government”.

Asserting that senior most officers were not ready to become a party to political vendetta, Mr Sukhbir Badal requested all officers to keep in mind that they should not get embroiled in the vendetta drive. “The law is the same for everyone and those who break it, whether an ordinary person or in uniform, will be hauled once the new SAD-BSP alliance government is formed”. He said the same fate would befall bureaucrats who were acting as political agents of the Congress party”.

When queried about the dismissal of the Punjab government’s special leave petition challenging the order of the high court giving relief to Orbit bus transport whose permits had been cancelled illegally by the Congress government, Mr Badal said ‘now the court has said what we were claiming earlier. That the Punjab government is playing politics on this issue. What can be a more damming condemnation of the government?” he asked.

The SAD President also announced that the next SAD-BSP alliance government would hold a probe into the corruption in MNREGA works. He said he had received reports from across the State that Congress legislators had established their own inter-locking tile factories and had forced panchayats to purchase them at inflated costs. He said all leaders involved in this racket as well sarpanches’ would be booked as per law.

In another bonanza for the Kandi belt, the SAD President announced that besides creation of a special ministry for Kandi Belt Development, the next SAD-BSP alliance government would also create guaranteed job opportunities for youth of the area. He said all pending issues of the Kandi area including creating lift irrigation facilities, adequate drinking water facilities in mountainous areas and fencing of fields to save them from jungle animals would be taken up for addressal.

He also announced the next government would give an allowance of Rs 2,000 per month to the women head of family of all BPL families in the State. He also announced –“last time we made the State power surplus. This time we will make power cheap. We are committed to giving 400 units of power free of cost per month to all domestic consumers”. He said besides this the alliance was committed student loans for students as well as 33 per cent reservation in for government school children in colleges in the State. He said traders would be assured life, fire and medical insurance cover of Rs 10 lakh each while young entrepreneurs would be given an interest free loan of Rs 5 lakh. 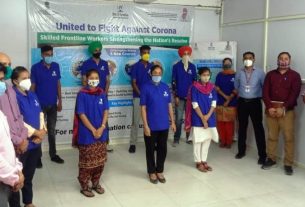 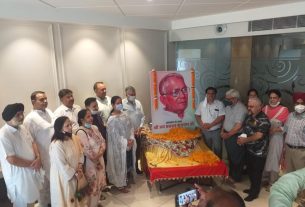 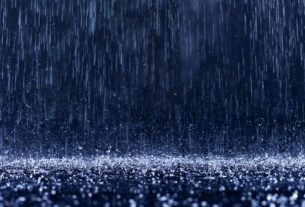