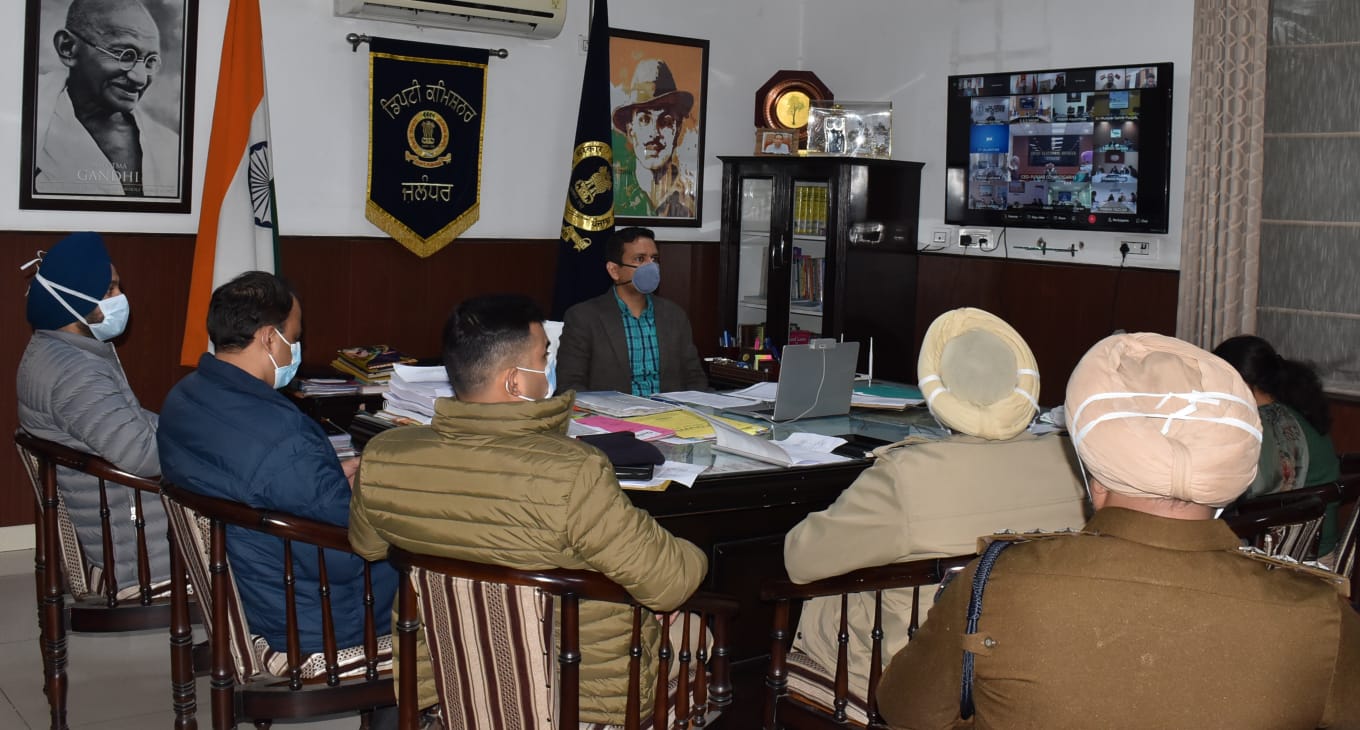 JALANDHAR, JANUARY 8 (News Hunt)- As the ECI on Saturday announced the schedule for Vidhan Sabha Polls, the Deputy Commissioner-cum-District Election Officer Ghanshyam Thori directed all enforcement agencies to ensure strict compliance of Model Code of Conduct. He also asserted that strict action would be initiated in case of any violation of MCC in the district as per the guidelines of ECI.

Deputy Commissioner also asked the officers of government departments to take down the images of political leaders etc from their websites/Web pages immediately besides removing all political posters and hoarding from the public properties. Similarly, he also instructed the Municipal Corporation, ADC (UD) and other concerned authorities to ensure prevention of defacement of property by strict compliance of instructions with time bound action. He said that Government property includes Government premises, any Government office and the campus wherein the office building is situated. In these building all wall writings/posters/papers of defacement on any other form cutout/hoardings, banners etc and in public space like railway station, bus stand, airport, railway bridges, roadways, Government buses, poles, shall be removed within 48 hours within the MCC’s announcement, he added.

Likewise, all unauthorised political advertisement displayed at private property and subject to local law shall be removed within 72 hours.

Earlier, the Deputy Commissioner while participating in the video conference chaired by the Chief Electoral Officer S Karuna Raju apprised that the District Administration had made up an elaborate District Election Management Plan (DEMP) to ensure peaceful, smooth, free and fair polls.

NINE ASSEMBLY CONSTITUENCIES: Ghanshyam Thori said that there are a total 16,50,867 voters in the Nine Assembly constituencies including Jalandhar Central, Jalandhar North, Jalandhar West, Jalandhar Cantt, Adampur, Nakodar, Shahkot, Phillaur and Kartarpur. He said that all necessary arrangements had already been ensured in these places having total 1974 polling stations.

78.84 PERCENT LICENSED ARMS ALREADY GOT DEPOSITED: It was also informed to the CEO that in Jalandhar nearly 78.84 percent licensed arms had already been deposited in the district. He said that 1163 micro observers will be deputed at all polling stations in the district.

THIRD ROUND TRAINING COMPLETED FOR EXPENDITURE TEAMS & OTHERS AT R.O. LEVEL: Throi also pointed out that all expenditure teams, supervisors and BLOs had undertaken third round training , which was mandatory to ensure smooth conduct of elections as per the guidelines of the ECI.

VACCINATION CAMP FOR POLL STAFF UNDEWAY: With requisite arrangements at all polling booths to keep the Corona virus at bay, Deputy Commissioner also mentioned that special vaccination camps are being organised to vaccinate poll duty staff with both doses besides giving booster dose to eligible ones after its initiation. The Civil Surgeon has been appointed as District Covid Nodal Officer during elections, he added.

Thori also stated that the Police and Excise teams had been directed to intensify its vigil against any unauthorised practice in the district.

Prominent amongst those present in the meeting included ADC(D) Jaspreet Singh, ADC (G) Amarjit Bains and all SDMs beside other concerned officials. 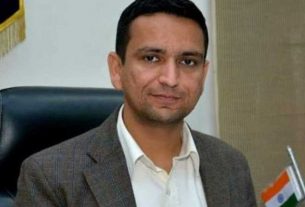 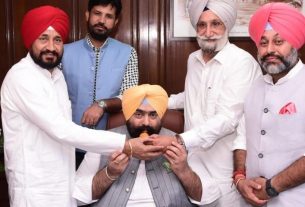 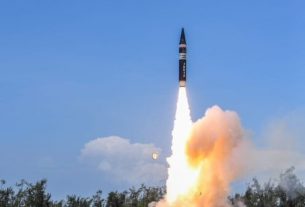