JALANDHAR, JANUARY 14 (News Hunt)- Amid rising number of COVID cases, the Deputy Commissioner Ghanshyam Thori on Friday said that the district administration is fully prepared to tackle any exigency arising out of COVID situation besides directing the health teams to enhance the daily vaccination target to 20,000 doses.
Briefing about the current COVID situation in the district to Principal Secretary (Health) Raj Kamal Chaudhary during a meeting through video conferencing, the Deputy Commissioner said that during the last six days more than one lakh doses had been administered in the district as nearly 200 session sites were fully operational. Over 17,000 doses are being given to eligible beneficiaries per day, said the Deputy Commissioner adding that the health teams had already been directed to achieve the target of 20,000 doses daily. He said that the district had crossed the mark of 26.15 lakh doses including 1546170 first and 1066258 second doses besides 2636 booster doses so far.

The Deputy Commissioner also apprised that elaborate arrangements had been put in place at district and sub division level hospitals to ensure requisite health infrastructure in any trying circumstances. He said that after the second wave 16 PSA plants including 3 in government and 13 in private hospitals had been established. In the district 93.65 percent beneficiaries have received the first dose while 64.58 percent got the second dose, said the Deputy Commissioner adding that the sampling had also got increased with 3000 samples daily.

In view of Vidhan Sabha polls, Ghanshyam Thori informed that 97 percent election duty staff had got both first and second doses whereas the eligible ones would shortly get the booster dose.

Urging people to adopt proper COVID safety protocols, the Deputy Commissioner stated that people should not step out of their homes without wearing masks besides taking all precautions in true spirit. Civil Surgeon Dr. Ranjit Singh, District Immunisation Officer Dr. Rakesh Chopra and all SMOs were also present. 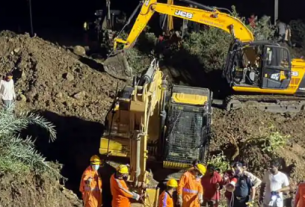 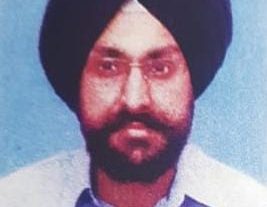 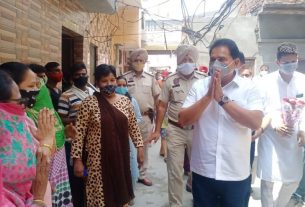