Respected Press Corrospondents, thank you for giving me your precious time. The purpose of my meeting with you today is that I want to share some thoughts with you regarding the upcoming assembly elections. This time the election is different. Because in this election, instead of rallies, we are conveying our word to the public through electronic, print, digital and social media. That’s why I want to request you that as everyone knows that the voting is going to be held on February 20 and there is a lot of enthusiasm among the public about it. In Hoshiarpur, 6-7 candidates belonging to different parties will also be in the fray. Everyone is waiting for Election festival as the day presents the beauty of democracy . Through you, I would like to request the voters of Hoshiarpur constituency to be a part of this festival by voting in maximum numbers. I also want to request the candidates who are going to contest elections that they should also fight like a sportsperson and fight the elections without any malice and should avoid doing personal comments.The election manifesto of every party is being prepared and votes are sought on the basis of that. In the last 5 years, I have tried my best to get the development work done according to the promises made to the public and with the love and cooperation of the people, I have also succeeded in fulfilling almost all the promises. I would like to share with you some of the important development works done in these five years. Which are as follows:-
a) To overcome the shortage of potable water in almost every village, installation of new tube wells and to overcome the problem of water at the time of function, I provided water tanker to 60 villages.
b) Making smart classes in government schools and installing water harvesting system
c) To set up open gyms in all the parks of the city and to build cycle tracks in the city as well as constructed state-of-the-art indoor and outdoor stadiums for the structure of healthy Punjab.
d) Keeping in view the demand of the people, a community center equipped with top class facilities is being constructed in Hoshiarpur, which is proving beneficial for the residents of the city.
e) To fulfill the objective of women empowerment, i provided e-rickshaws to 38 women and made them financially independednt.
f) Construction of library and hostel in government college
g) Built bus shelters for the convenience of the people in the cities and villages.
h) Keeping in mind the safety of the residents of the city, installed CCTV cameras at each crossroad.
i) To promote employment, i organised employment fairs and also installed Coca-Cola factory, Sanctuary Plywood.
j) To encourage social and religious organizations working in cities and villages, released grants worth crores of rupees for social and religious works.
k) Along with this, taking the biggest step in the field of medical education, on the request of the Government of India, the Punjab Government should provide land for opening a college in Hoshiarpur and hope that the college will be ready in the coming term.
l) Establishment of Army Institute in Bajwada, which will be ready soon
m) To set up a center in Hoshiarpur concerning the problem of driver brothers who visit Sri Muktsar Sahib for making heavy-licenses .
n) Keeping in mind the demand of the students, the work of library (digital library) is going on, which will be ready soon.
o) With the aim of respecting the martyrs and connecting them with the coming generations, dedicated each scheme of the City Improvement Trust to the martyrs including Shaheed Udham Singh Market, Shaheed Kartar Singh Sarabha Market, Shaheed-e-Azam Bhagat Singh Enclave, Lala Lajpat Rai market.
p) To promote tourism in Hoshiarpur and to meet the demand of picnic spots of the city residents, Bio-diversity park is being set up at a cost of Rs 5 crore, in which lake / open air theater and skating track for sports are being built.
q) For the convenience of the lawyer brothers, Rs 1 crore has been released for building chambers in court complex, whose work is going on.
r) On the demand of village residents, mini marriage palaces were constructed in different villages and work of many is under process.
s) Our city is the city of saints and to enhance its beauty, four welcome gates are to be built, for which an amount of Rs 2 crore has been released.
t) Started the work for beautification of Sheesh Mahal and Dabbi Bazaar which gave different identity to the city.
u) Construction of good quality roads in cities and villages
v) To promote handicrafts and launched a common facility center in village Boothgarh for artisans, for which Rs 1.42 crore has been released.
In the coming days, the work of Wrestling Academy is also going to start and turf will be made to encourage hockey and football in Hoshiarpur.
Friends, I want to tell you that by getting these works done, I have tried to fulfill the responsibility entrusted by the public with full honesty and hard work and will continue to do so. I want to tell you one more thing that while the election manifesto is being released by the party, I will take a resolution on my behalf for the people of the minority, so that whatever is left in the development of Hoshiarpur, it will be accomplished in the coming time. 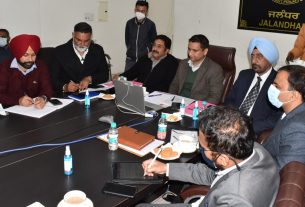 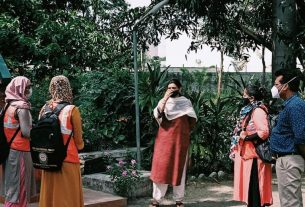 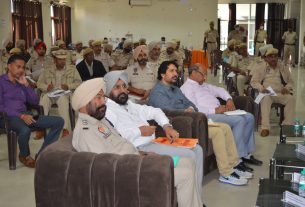