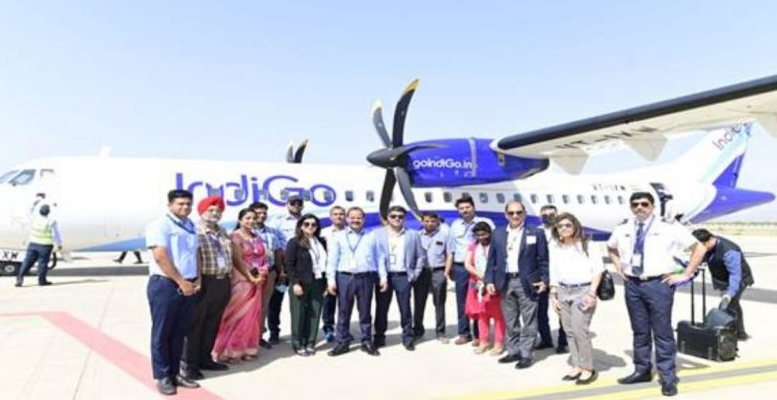 LPV (Localizer Performance with Vertical Guidance) permits aircraft guided approaches that are operationally nearly equivalent to Cat-IILS, without the need for ground-based navigational infrastructure. The service relies on the availability of GPS and GAGAN Geo Stationary Satellites (GSAT-8, GSAT-10 and GSAT-15), launched by ISRO.

Indigo Airlines using its ATR aircraft has flown an Instrument Approach Procedure (IAP) with LPV minima of 250ft, using GAGAN Service. The tests at Kishangarh Airport were performed as part of initial GAGAN LPV flight trials along with the DGCA team on- board. After the final approval by DGCA, the procedure will be available for usage on commercial flights.

LPV is a Satellite-Based Procedure that has been used by the aircraft for landing purposes today at Kishangarh Airport (Rajasthan). LPV approaches will make it possible to land at airports not equipped with expensive Instrument Landing Systems, which include many small regional and local airports. Lowering the decision height up to 250 ft provides a substantial operational benefit in poor weather and low visibility conditions. Thus, any airport which hitherto would require higher visibility minima will be able to accept aircraft benefitting remote airports which are devoid of precision approach capability equipment.

A number of airports including airports under the Regional Connectivity Scheme (RCS) are being surveyed for the development of GAGAN based LPV Instrument Approach Procedures so that suitably equipped aircraft can derive maximum benefit in terms of improved safety during landing, reduction in fuel consumption, reduction in delays, diversions and cancellations etc.

AAI in coordination with Indian National Centre for Ocean Information Services (INCOIS) has implemented the GAGAN Message Service (GMS) through which alert messages to fishermen, formers, and disaster-affected people will be sent on the occurrence of natural disasters, calamities, such as flood, earthquake etc. The additional capabilities of GAGAN are also being explored to utilize it in non-aviation fields such as Railways, Surveying, Agriculture, Power sector, Mining etc.

Design of GAGAN procedures requires a meticulous survey of the airport environment surroundings and obstacle surfaces. These data are correlated with the complex aircraft approach maneuvers and further simulated in software to ensure the safety of the procedure designed. These procedures can be developed for any of the airports in India for landing without the help of an Instrument Landing System. These types of procedures make aircraft land in low visibility conditions almost equivalent to Category-1 Instrument Landing System (ILS).

Currently Indigo (35), SpiceJet (21), Air India (15), Go First (04), Air Asia (01) and other airlines have aircraft in their fleet capable to use these LPV procedures. Airports Authority of India has developed 22 such procedures and some are under the process of approval from DGCA for commercial flight operations. In line with Govt. of India initiative of AtamNirbhar Bharat, the development of LPV procedures for all civil airports is also in progress to make the Indian civil aviation sector more Self-Reliant,

AAI is making all efforts for ensuring the availability, continuity and integrity of Air Navigation services through such technological enhancement in India. With this India becomes the first country in Asia to have a satellite-based landing procedure.

The airport authority of India would like to place on record its sincere appreciation to ISRO for designing and implementing the GAGAN program from 2002 onwards. DGCA was highly proactive in ensuring the operationalization of GAGAN. AAI also appreciates the cooperation of Indigo airlines in executing the safe flight trials at Kishangarh. 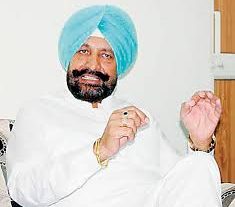 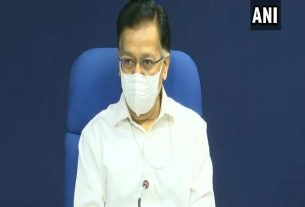 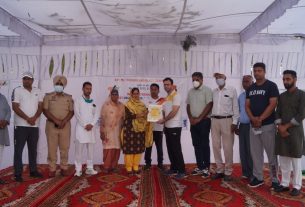