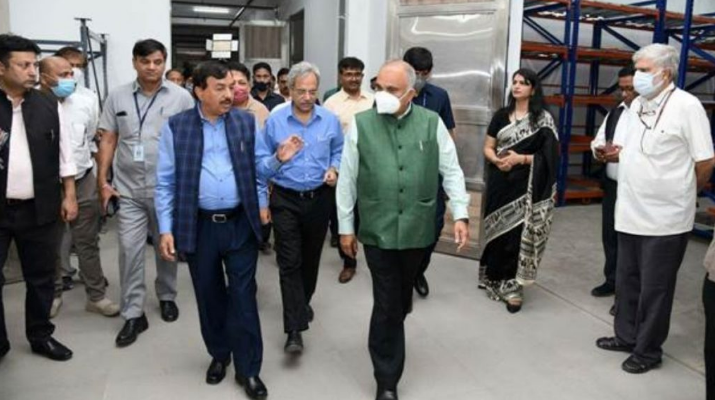 State-level IEC to store EVMs/VVPATs for all 11 districts of Delhi
Chief Election Commissioner of India, Shri Sushil Chandra along with Election Commissioner Shri Anup Chandra Pandey today inaugurated the Integrated Election Complex at Bakhtawarpur, Delhi for warehousing and management of EVMs & VVPATs of NCT of Delhi. The Integrated Election Complex has been built by the Chief Electoral Officer, Delhi and Delhi Tourism and Transportation Development Corporation Limited (DTTDC) the executing agency for the project.

At the inaugural function, CEC Shri Sushil Chandra while complimenting CEO Delhi and his team for planning and executing the project methodically, said that this state-of-the-art Integrated Election Complex is a milestone for the Election Commission of India. He said that the Complex, which is conceptualised with all features and administrative safety protocols for storage, security and movement of EVMs, has elevated the benchmarks for all other State CEOs to emulate.

The first of its kind, the integrated complex is a multi-functional state-of-the-art facility aimed at modernising the warehousing and management of EVMs and VVPATs. The IEC has sufficient storage capacity for EVMs & VVPATs to serve as the State Level Warehouse covering all 11 districts of NCT of Delhi. The Complex has comprehensive facilities for conducting First Level Checking of EVMs & VVPATs as per ECI’s guidelines. The First Level Checking halls can also be used for large meetings and training sessions.

Shri Sushil Chandra during his address stressed that EVMs are the pride of Indian elections. He said EVMs have been used in all elections since 2004 and so far over 350 crore+ voters have reposed their faith and cast their vote through EVMs in 4 General Elections and 37 Assembly Elections. Elaborating further, CEC Sh Chandra said that EVMs are an engineering marvel.

EVMs are non-tamperable and have provided accurate and timely results establishing their credibility since these were first put to use 4 decades back on a pilot basis. He added that the VVPAT audit trail introduced since the 2019 General Elections, has further established the credibility of EVMs with no mismatch being found in the votes cast in EVM and counting of VVPAT slips. He urged the District Election Officers from Delhi to familiarise themselves with all the features and protocols of EVM to ensure effective communication and outreach amongst the public. While interacting with the DEOs, CEC Shri Chandra also emphasised that they should make further concerted efforts and targeted interventions to increase voter turnout.

Election Commissioner Shri Anup Chandra Pandey in his address said that transparency, impartiality and perception are crucial in the election management and thus following Standard Operating Procedures and checklist for systematic storage, maintenance and movement of EVMs are vital to avoid any glitches and ensure uniformity. While congratulating the project team for setting up standards and benchmarks for establishing such an integrated complex, he added that this facility can also be used as a training centre for logistics and inventory management of EVMs/VVPATs for election officials.

Secretary-General, ECI Shri Umesh Sinha while appreciating the coordinated efforts of different agencies and organisations in building this unique facility, said that this Integrated Election Complex will be a landmark for all Chief Electoral Officers while conceptualising the home for EVMs and VVPATs.

Chief Electoral Officer Delhi, Dr Ranbir Singh in his welcome address gave a detailed chronology of the project starting from conceptualisation to completion. A Coffee Table Book and a Documentary film related to voter awareness campaigns organised during 2021-22 by Chief Electoral Officer Delhi were also released by CEC Shri Sushil Chandra during the inaugural event.

Envisaged by the Election Commission of India, and built under the aegis of Chief Electoral Officer, Delhi, the Integrated Election Complex is a landmark project for the modernisation of EVM & VVPAT storage and management. Spread over an area of 12865 sq. m., it is a towering testimony to our collective belief in democracy. There are EVM vaults on each floor having 1080 specially designed racks. For security and surveillance, there are 80 CCTVs with 2 Control Rooms.

The Integrated Election Complex has a machine storage capacity of over one lakh Ballot Unit/Control Units and nearly 45000 VVPATs, which is sufficient to cater to the needs of all 11 districts of NCT of Delhi. There are 36 specially designed storage vaults that are duly equipped with steel racks for the proper storage of EVMs and VVPATs. Enough vaults have been assigned to different election districts of NCT of Delhi as per their needs.

The IEC is equipped with 3 passenger lifts and 2 cargo lifts apart from a comprehensive ramp facility for complete accessibility and smooth movement of people and machines. The three-storied complex has fully furnished barracks for the security staff. Along with this, the security is well ensured by a two-tiered high-security wall.

The complex is a Green Building with minimum energy demand incorporating environmental features such as natural light and natural ventilation. The building has adopted an eco-friendly approach by installing Solar Panels with a capacity of 200 KWh that are connected to the power grid. Surplus solar power will be sold to the grid.

All the floors are equipped with Automatic Fire fighting and Alarm systems. The complex has a dedicated water harvesting system along with a modern Sewage Treatment Plant to process the wastewater. The complex has been rendered green through extensive horticulture and landscaping services. The aesthetic and educative value of the IEC complex has been enhanced by the display of election-related murals and artwork in the building complex. 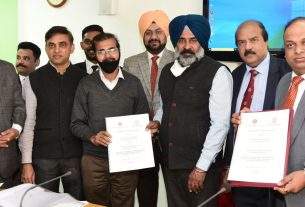 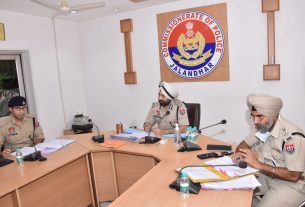 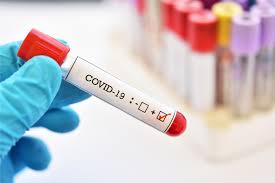