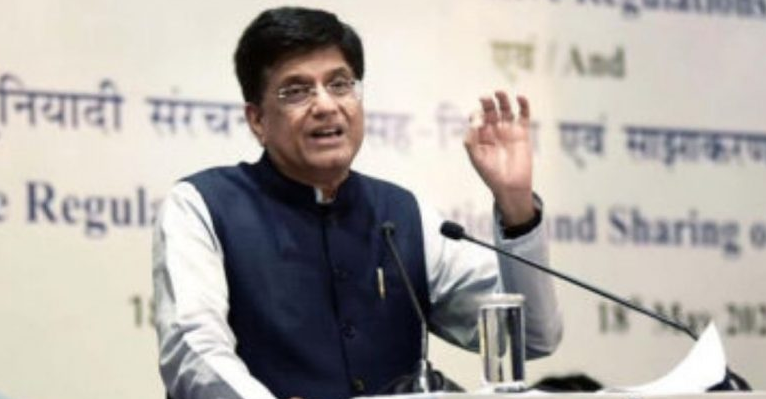 The Minister emphasized that the revolutionary PM GatiShakti initiative would help solve the problem of haphazard development of infrastructure in the country and will help us build a secure, sustainable, scalable and collaborative approach toward infrastructure planning.

The Minister congratulated TRAI for completing 25 years in service to the nation as the country celebrates Azadi Ka Amrit Mahotsav (completing 75 years of independence).

Speaking of the remarkable progress made by the telecom sector in the last few years, especially with regard to bridging the digital divide, the Minister expressed confidence that Information Technology and last-mile digital connectivity will have an impact on every sector and would be the foundation of India’s growth story in the years to come. He added that Digital India would form the foundation for aatmanirbhar Bharat.

The Minister spoke of the momentous role that digital connectivity had played in combating the COVID-19 pandemic by enabling quick and easy access to health infrastructure and other support systems the world over. He expressed his appreciation for the rapid pace at which education went online during the pandemic and switched over to teaching. The Minister also highlighted that India had earned the title of being a trusted partner to the world by not letting down a single international commitment.

5G will contribute USD 450 billion to the Indian economy in the next 15 years- Shri Piyush Goyal
Referring to the giant strides that India has been taking in the field of Telecom and Digital Technologies, Shri Piyush Goyal opined that the government had infused new energy into the telecom sector with the Panchamrit of Reach, Reform, Regulate, Respond and Revolutionize in the last eight years. These principles, he said, defined the work done by the government in the last 8 years to reenergize this sector.

The Minister noted that the efforts made to successfully take connectivity to every last village in the country were a testament to the sensitivity of the government towards bridging the digital divide to ensure that no citizen remained deprived of their ability to connect with the world.

Applauding the regulators for creating and preserving a stable policy ecosystem, the Minister said that it had helped protect both telecom companies and consumers. He noted that one of the lowest numbers of complaints received by the Department of Consumer Affairs was in the telecom sector.

The Minister opined that the launch of Digital India and JAM Trinity (Jan Dhan-Aadhar-Mobile) was a watershed moment in the history of the country and said that it revolutionized the way public services were delivered to the common man. He added that the JAM Trinity helped take the fruits of technology to the common man, bringing down transaction costs, and eliminating middlemen, leakages and corruption from the system.

Terming the One nation one ration card (ONORC) as one of the most revolutionary initiatives, the Minister said that the use of technology in PMGKAY had ensured that the crores of beneficiaries of the scheme could collect food grains at a time and place of their choosing.

Underscoring that the nation was moving towards transparent and effective Governance, the Minister noted that under the leadership of PM Modi, the nation has moved transparently from 2G/3G to 4G & now 5G 4. 5G will contribute $450 bn to the Indian economy in next 15 yrs and the launch of indigenous 5G testbed by PM will be a milestone towards Aatmanirbharta in telecom. It will help in digitizing the economy, boosting the Startup ecosystem, improving governance, ease of living and ease of doing business in the country, he added.

Minister applauds telecom regulators for creating and preserving a stable policy ecosystem in the nation, thus protecting both companies and consumers
Shri Goyal opined that the two 2 tech programs of TRAI, Collaborative Regulations: Co-creation and Sharing of Infrastructure (in sync with PM GatiShakti) & 5 2. International Regulators’ Roundtable on “Collaborative Regulations using RegTech and Technology Platforms had path-breaking potential and have taken place at a suitable time, as the government is pushing for Aatmanirbhar Bharat.

He added that the pioneering work done by TRAI would help other regulators and take the potential that smart and simple regulations have for the orderly development of this sector to the world.

Elaborating on the technology architecture of the PM GatiShakti National Master Plan, the Minister said that if we were to develop all the available resources in the nation as data points using technology and if the Data points could talk to each other using APIs, we can plan better and implement infrastructure projects efficiently in a time-bound manner, within budget.

Expressing concern over infrastructure projects that have been languishing for decades for a lack of sensible, data-based integrated planning, the Minister pointed out that PM Gatishakti was a simple, elementary, logical, and rational tool to address these issues. The Minister also noted that every part of the government had contributed towards the realization of PM GatiShakti, making it a fine example of the whole of govt approach.

Shri Ashwini Vaishnaw, Minister for Communications, Electronics & IT and Railways, Dr P. D. Vaghela, Chairman TRAI, Officials of TRAI and other dignitaries were present on the occasion. 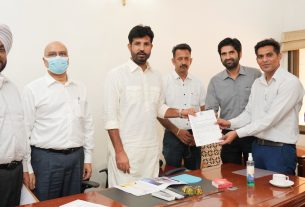 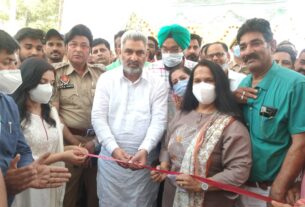 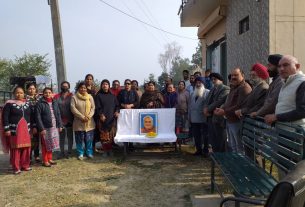