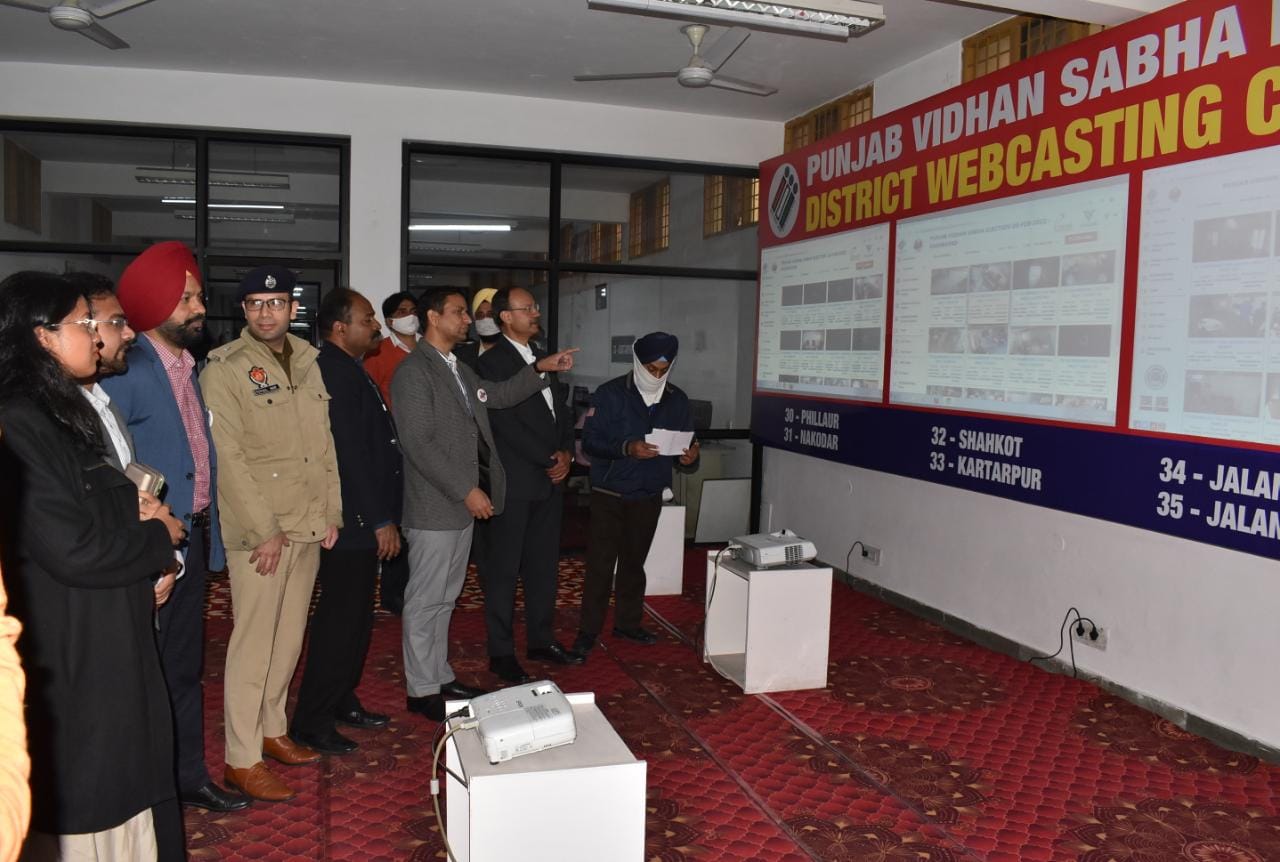 Jalandhar, February 20 (News Hunt)- Internet Webcasting done by the administration at 1975 polling booths of the all nine assembly segments of Jalandhar district scripted a new success story as it proved very helpful in ensuring free, fair and transparent polls in the district.

On the directions of the Election Commission of India, the administration had ensured webcasting at 1975 polling booths of the district including vulnerable ones. Of these 1975 booths, 242 booths fall in Phillaur assembly segment, followed by 252, 250, 228, 183, 190, 196, 217, and 217 in Nakodar, Shahkot, Kartarpur, Jalandhar West, Jalandhar Central Jalandhar North, Jalandhar Cantt, and Adampur constituencies respectively.
He further mentioned that the dedicated staff was appointed by the administration to operate these cameras and keep a strict vigil at every activity going on at the polling booth.

Since morning senior officers including Deputy Commissioner Jalandhar Ghanshyam Thori, Commissioner of Police Naunihal Singh, ADC Jaspreet Singh, ADC Ashika Jain, ADCP Suhail Meer along with Police observers Dr. Vikram Singh Maan, Dr. N. Kolanchi visited the control room for the webcasting set up at the CT Institute Maqsudan to keep a close tab over the entire situation. The officers kept a close tab over vulnerable polling booths which were under their direct observation through webcasting. The DC also passed on necessary directions to the staff deployed at the booths to ensure free, fair and transparent polls in the district.

Pertinently, as a part of district administration’s firm commitment to ensure peaceful and neutral polling webcasting was ensured at the one hundred percent polling booths for which web cameras, wi-fi routers and dedicated staff was installed for keeping a strict vigil over the polling process. The live monitoring of the polling process on these booths assured which was regularly supervised by senior officers.