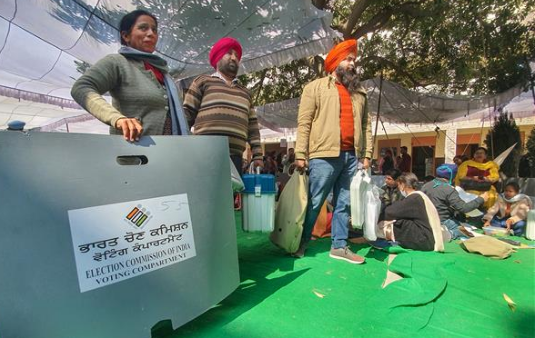 He said that of total 1,304 candidates 231 are from national parties, 250 from state parties, 362 from unrecognised parties, while 461 are Independent candidates. He said that as many as 315 contesting candidates have criminal antecedents.

He said that as many as 28,328 ballot units and 24,740 EVM-VVPATs are being used. There are six Assembly constituencies – Kharar, Sahnewal, Ludhiana South, Payal, Patiala Rural and Patiala with two ballot units, he added.

The CEO said that apart from three special state observers, the Election Commission had appointed 65 general observers, 50 expenditure observers and 29 police observers, who were keeping a close vigil. As many as 2,083 sector officers have been deployed to assist polling parties, he added. He said 17 Assembly constituencies had been identified as expenditure-sensitive. There are 117 dispatch centres and 117 collection centres, while 117 EVM strong rooms had been established at 67 locations, he said.

He said assured minimum facilities (AMF), including potable water, tent and chairs and at least one wheelchair at every polling station would be assured.

Besides, every polling station will have Covid material, including gloves, sanitisers, soaps and masks, while, dustbins and colour bags would be placed for disposal of Covid waste material. He said food and refreshments would be provided to the polling staff.